“We used to cultivate tomatoes, chilies, cotton and cucumber. As the sea came forward and swallowed our land we had no other option but to migrate. Sea erosion also played havoc and made our fertile land barren, “Gul Hasan, a farmer belonging to Kharo Chan area of district Thatta shares his ordeal.

The displaced  53 year old father of 5 children needed several weeks to finally move to Karachi’s Ibrahim Hyedri, a fishing village at the coast of Arabian Sea, after borrowing money from a local contractor.

Initially, he started fishing and earned Rs. 300 to 500 daily but this situation could not last for a long period. Lack of fish and rent of a boat once again forced him to sit at home as he doesn’t have any other skill to earn money. 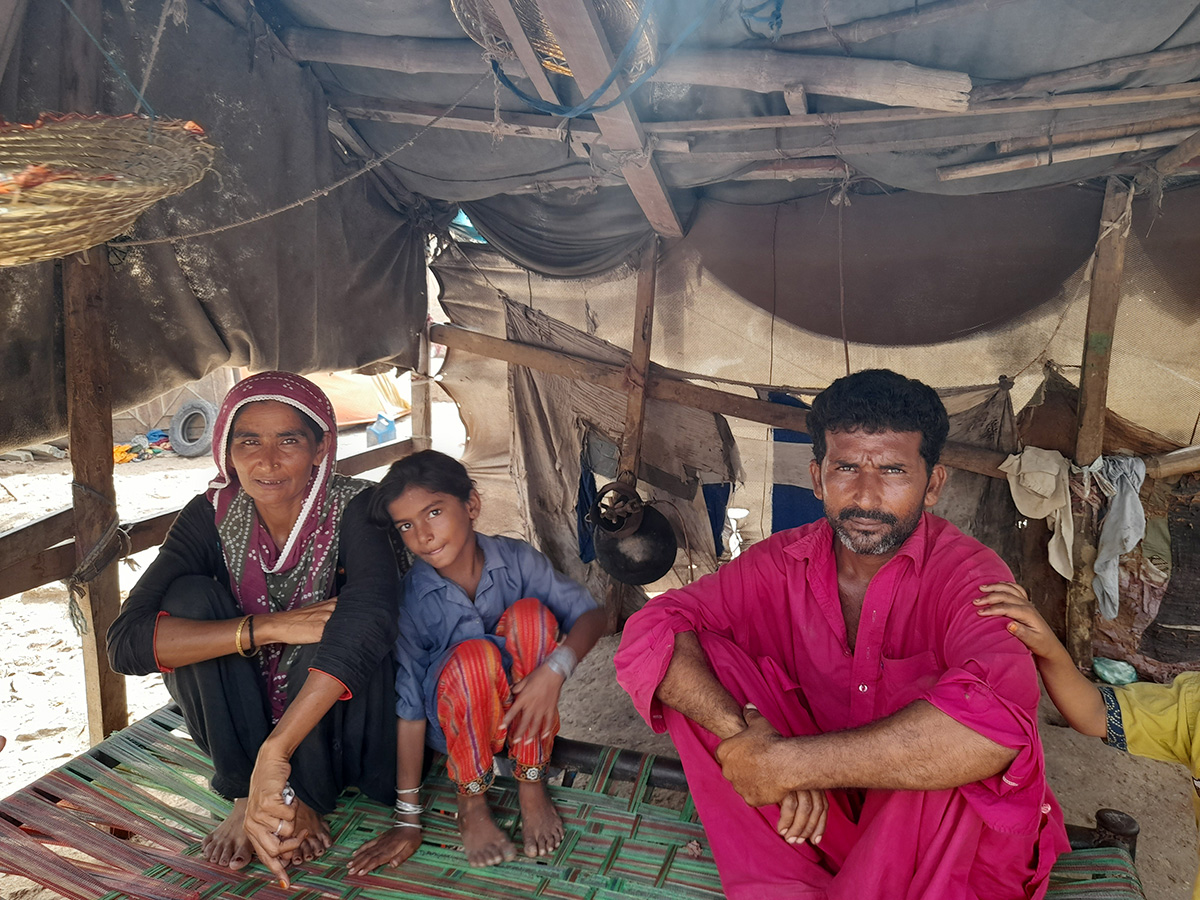 Pakistan has been placed 8th on the list of countries vulnerable to climate change by the Global Climate Risk Index for 2021.

Extreme weather patterns, shrinking agriculture, sea erosion, and lingering dry spells are causing widespread migration within Pakistan and sometimes within the provinces too.

More than two million people were displaced by floods that inundated one-fifth of the country in 2010, triggering mass migration to cities from rural Pakistan.

Water shortage and shrinking agriculture has forced millions to move to the big cities, especially to the southern port city of Karachi, which is already paying a heavy price due to unplanned urbanization. 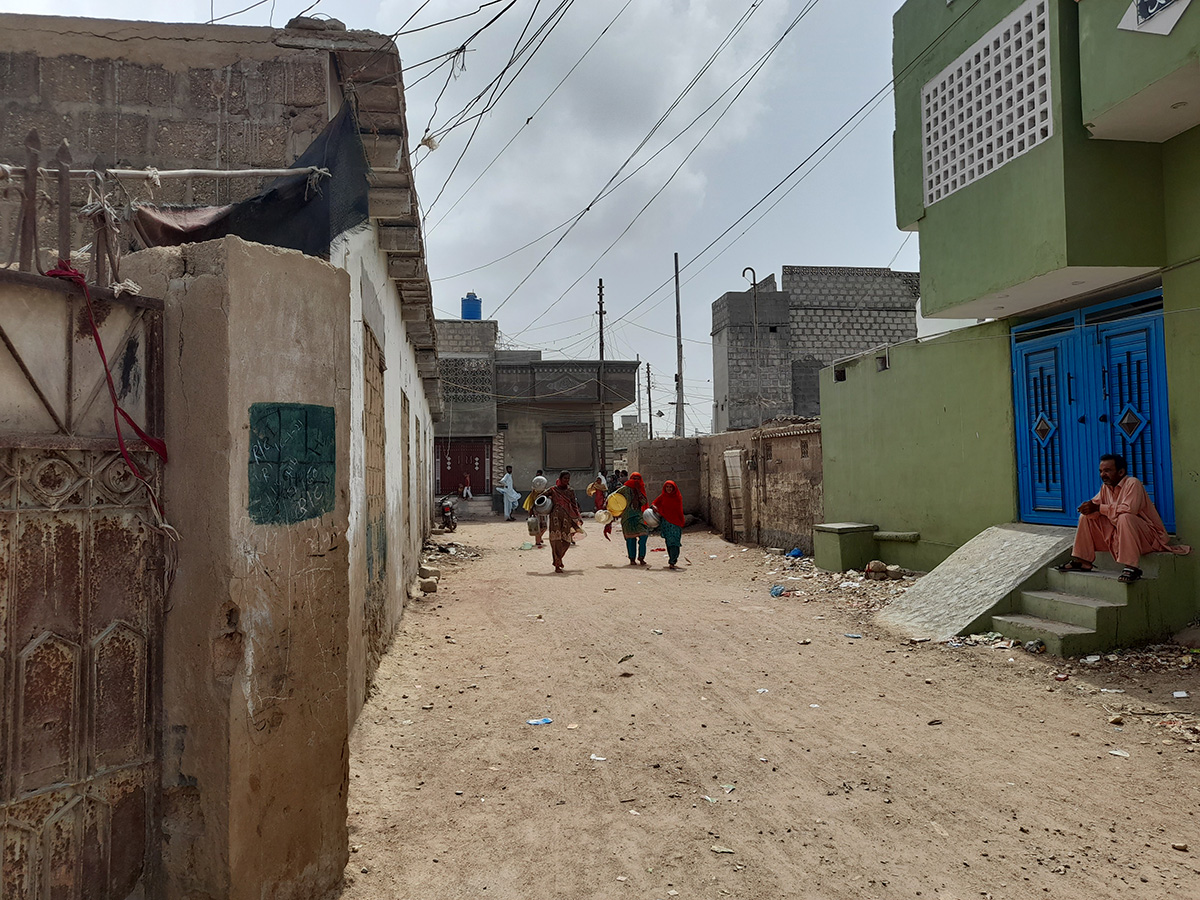 “Migration due to climate change is alarming and has ecological consequences as well as burden on infrastructure and resources,” said Muhammad Toheed, urban planner and senior researcher at Karachi Urban Lab, a research entity housed in IBA Karachi.

At least 6000 migrant families displaced after 2010 floods live in slums along the Super Highway. They are not willing to go back to their hometowns citing the reasons of unemployment and hunger. They get the job of road sweeping with food and 12000 Rs per month. There are also some families who receive money from the Benazir Income Support Program, he added.

According to the Year Book 2020-2021 of the Federal Ministry of Climate Change, the project of Climate Resilient Urban Human Settlement aims to ensure climate resilient urban development.

This initiative worth Rs 90.158 million aims to synthesize efforts being made to counter the hard impact of unplanned and messy urbanization in the context of demography, economic, socio-cultural and political areas. 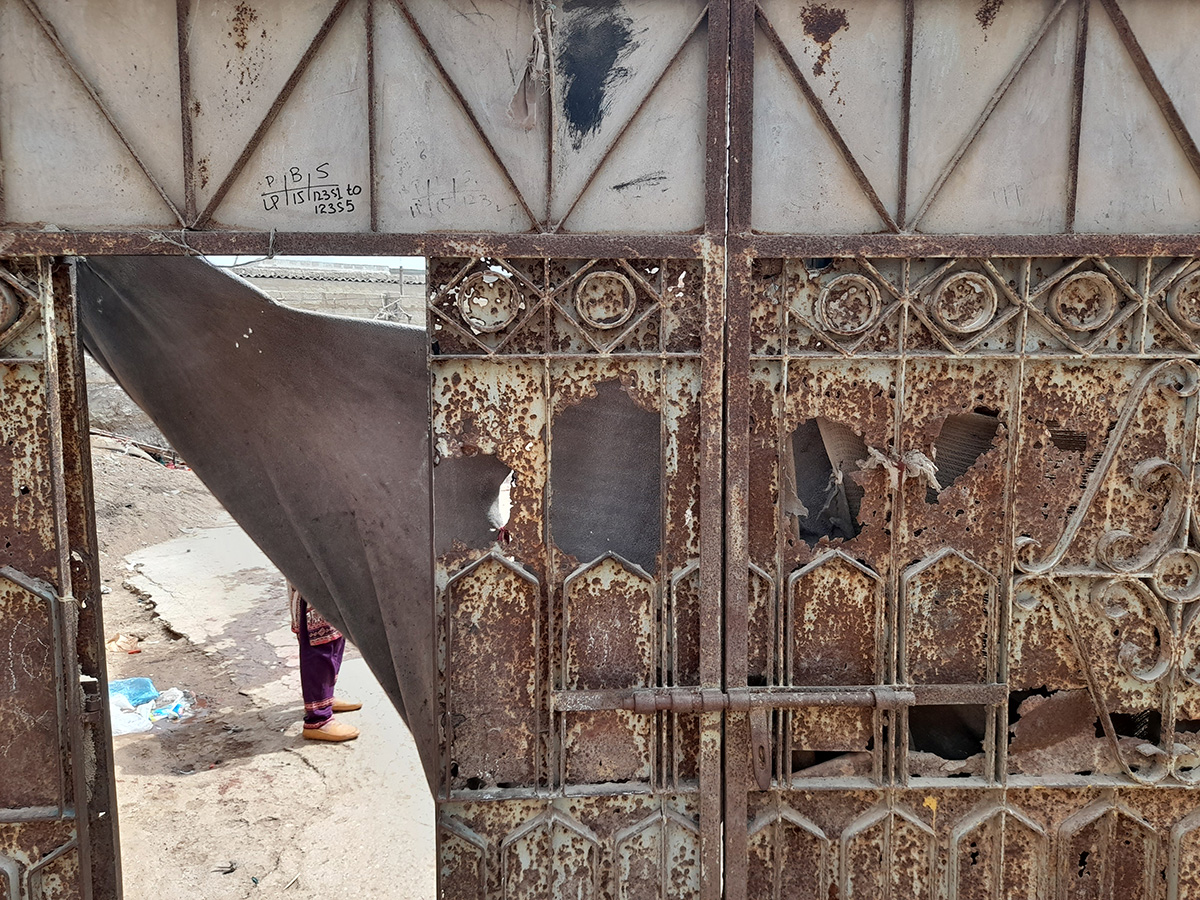 Keti Bandar, a town off Arabian Sea in Sindh is an example of how climate change has affected the local communities. The city has been relocated four times in the last 40 years due to rising sea levels.

Sea erosion and intrusion has submerged many islands of the Indus River in Thatta, Badin and Sujawal districts of Sindh. Kharo Chan is also a part of the list that felt the impact of climate change the most.

Khairaan Bibi, 45 years old wife of Gul Hasan failed to hold back her tears when talking about the sufferings of her family.

“We thought things would work for us when we moved to Karachi’s Ibrahim Hydri area where my sister in law is living. But it seems that there is no end to our hardships. My husband, once a farmer, started fishing in Karachi but soon became jobless due to shortage of catch. Now we are under debt of Rs. 60,000, 70,000. Me and my daughter work as a domestic help in a nearby housing society to earn bread and butter for our family. We have to pay Rs 3000 rent for the house and Rs 500 for gas,” said Khairaan Bibi.

A large number of shanty towns or katchi abadis have come into existence due to this migration, resulting in socio-economic problems.

“Proper institutions and good governance is must to address the issue of cities resilient to climate change .There is no need to do anything unusual. This is a matter of ecology. Protect traditional ecological assets. Land reforms, planning and trained men power is also required to minimize the effects of climate change”, opined Arif Hasan, a Pakistani architect and planner, activist, teacher, social researcher and writer. 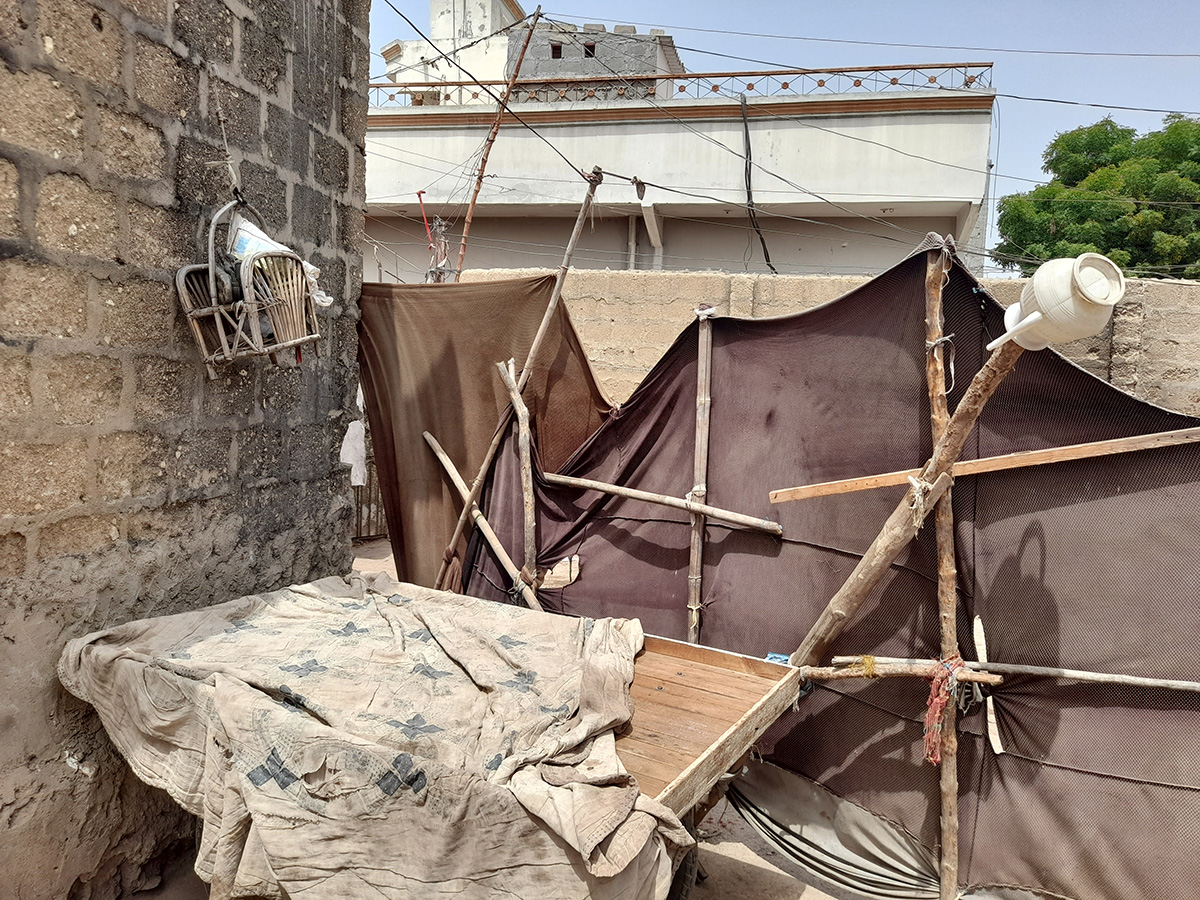 “Costs of Climate Inaction: Displacement and Distress Migration”, a report published in 2020 stated that if global warming and average temperature continues to rise, Pakistan is expected to have at least 2 million migrants by 2050. This figure does not include those that could be displaced due to sudden climate calamity like floods and cyclones.

A constant intrusion of saline sea water is making the Indus Delta and adjoining region infertile and uninhabitable which forced locals to migrate towards the areas unfamiliar for them to earn livelihood.

Rafiul Haq, a Karachi based Consultant Ecologist said that climate change migration changes demography of cities. Weather pattern has changed because of urban migration. Vegetation which means green cover insulates the city. Right now we are in artificial mode. To set things back into proportion, institutional development and reforms are pivotal.

Pakistan’s climate vulnerable areas, Arabian Sea coastal belt in particular, needs to find solutions and their implementation to slow down the process of migration if not completely halt.

“To minimize the ratio of migration, adaptability is one of the most conducive things. If we adopt saline agriculture then the situation will start improving. Similarly, farming of shrimps and crabs is also a technique which could provide employment and slow down migration process as we have a good market for shrimps and crabs”, suggests Toheed.

Effective resilience, equitable water management, adaptation and diverse sources of livelihood are some of the measures which would act as a tool for damage control.