Her Right to Safe Accommodations

Home Her Right to Safe Accommodations

Karachi has been experiencing freak weather changes over the years like more rainfall in shorter periods causing floods in the urban centre as compared to before. This results in many problems which affect the population.

Cosmetic steps are taken that are not meant to last for longer periods which harms women since they are more vulnerable if they are deprived of basic rights like privacy and security, putting them in a most dangerous situation. Women’s needs are different, special, and unique and therefore the solutions are needed to be well thought out.

These needs have to be addressed immediately as not only is it their basic constitutional right (Article 14(1)) but also a basic human right.

With the increase in urban flooding, some infrastructural changes have to be made. These are for development and progress but the consequences may not always be good for those whose lives are affected.

For example, to prevent flooding, steps are taken to expand nallas  (drains) so that flooding can be contained. However, this cannot be done in a vacuum and naturally, the space is taken from the surrounding areas. 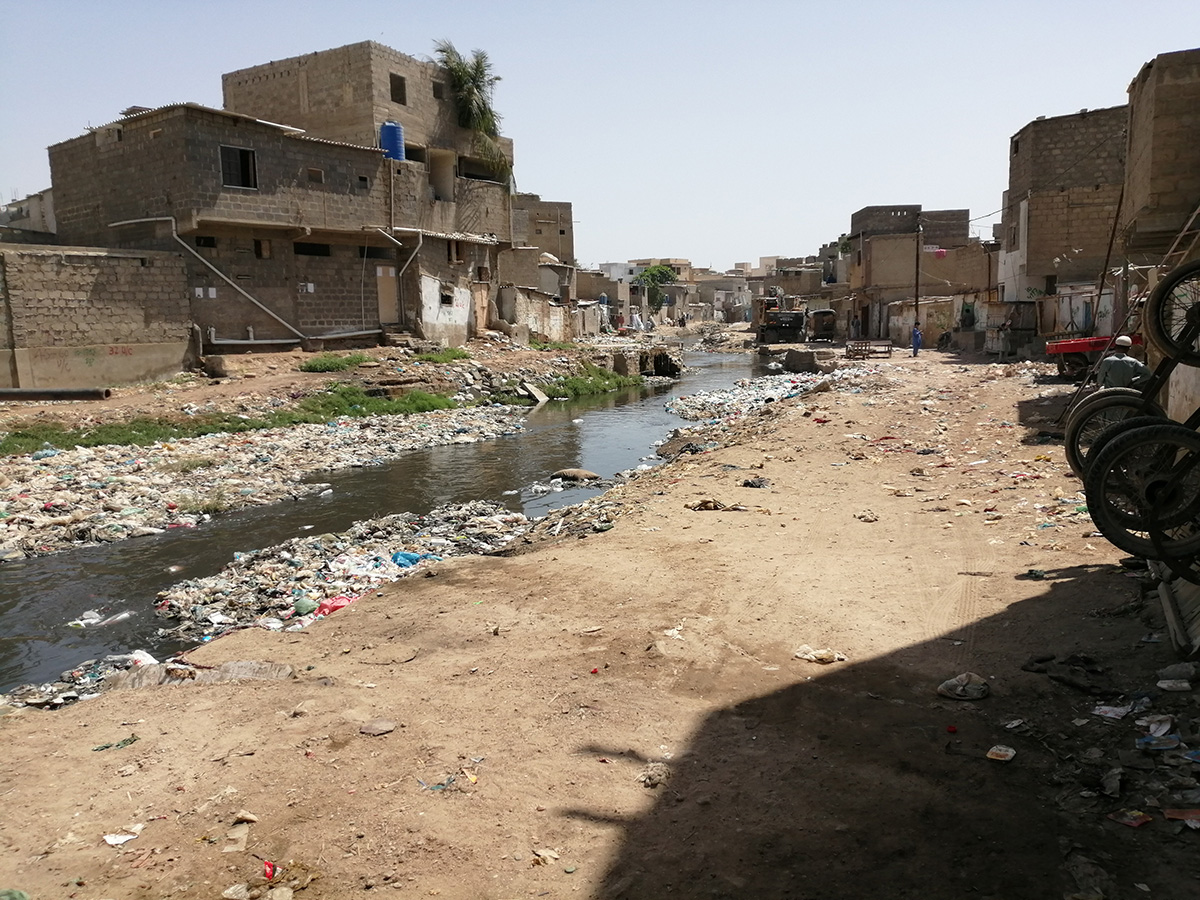 The reality is that over the past years we have seen many areas of Karachi flooded because the existing nalla are incapable of handling the increase in rainfall. So it makes sense to take steps to expand these. But usually, there is no place as people have constructed their houses right to the banks. The only way is to demolish them to make room for expansion. This often leads to people losing their homes or part of their houses, complicating their life more than it already is.

Demolition in the name of development is not just razing concrete structures but affecting the future of hundreds of lives. Women and children are left out in the cold; displaced from their homes with no alternative. Many things are at stake, the most important is their safety.

Development is a big leap for men but a huge disadvantage for women who are deprived of many basic things like privacy and secure accommodation and washrooms.

The demolition is fast and painful for the residents who have neither the time nor resources to find alternates. They are often left to deal with the situation in any way they can. 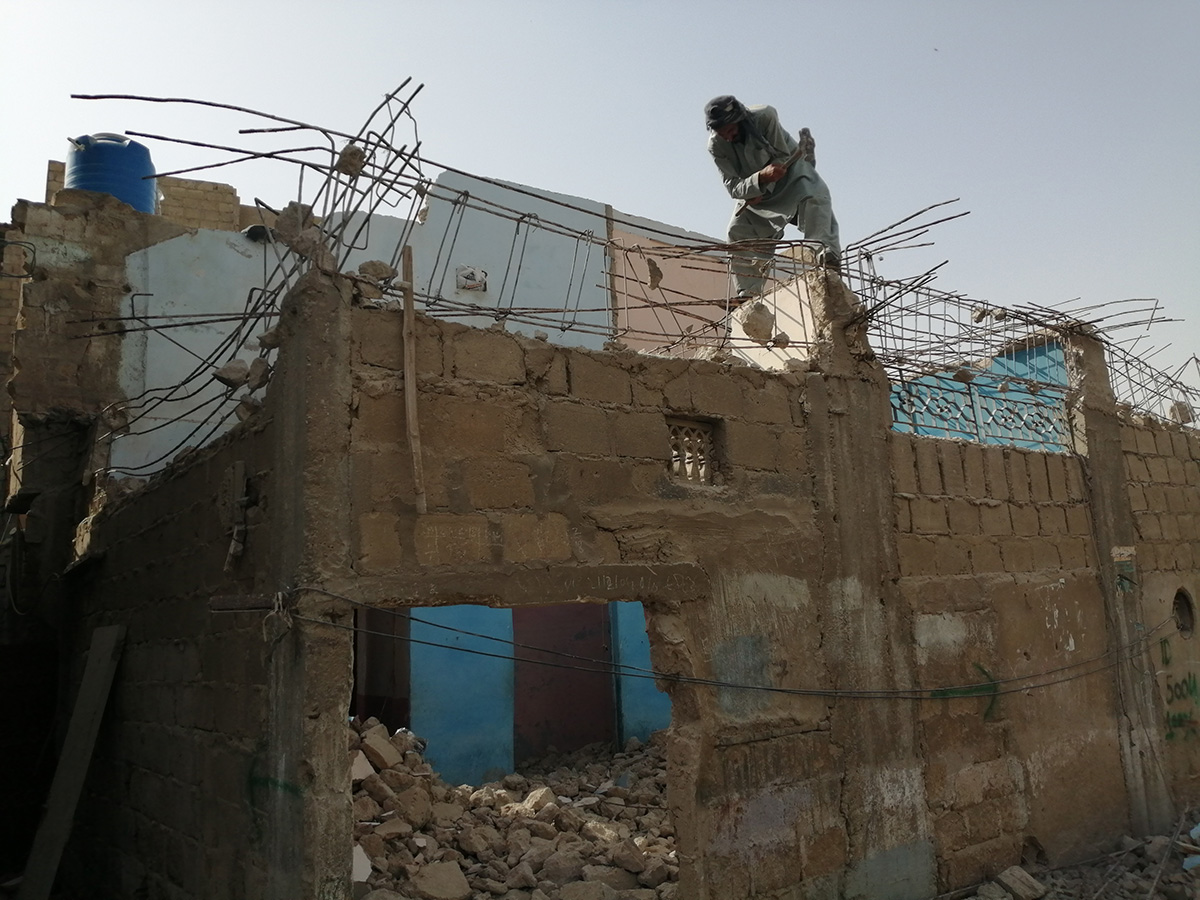 Often katchi abadis or informal settlements come under the axe as many houses are fully or partially demolished. But there doesn’t seem to be any thought put into how to compensate the residents who have lost their homes and security. Money is a good alternative but there is more to it than that.

Usually, this process is necessary to prevent issues like urban flooding during heavy monsoon but what about the consequences that the residents will face throughout the year, what plans are made for people like Razia, who lives in Kausar Niazi Colony.

Razia lives with her disabled husband and family in a small house in Kausar Niazi Colony. Her home was a modest structure but it was home, a roof over her head. Razia worked at a local hospital before she was laid off during the lockdown.

However, that was not the beginning of her problems. Razia’s life took a turn for the worse a couple of years before the pandemic. When Karachi was lashed with heavy rains, and the nallas overflowed and flooded surrounding areas. Razia’s house was also flooded and she had to move her family to the top level of her house.

They were safe from the flood but were exposed and vulnerable. Her husband was bitten on his leg which had to be amputated as the wound didn’t heal properly. 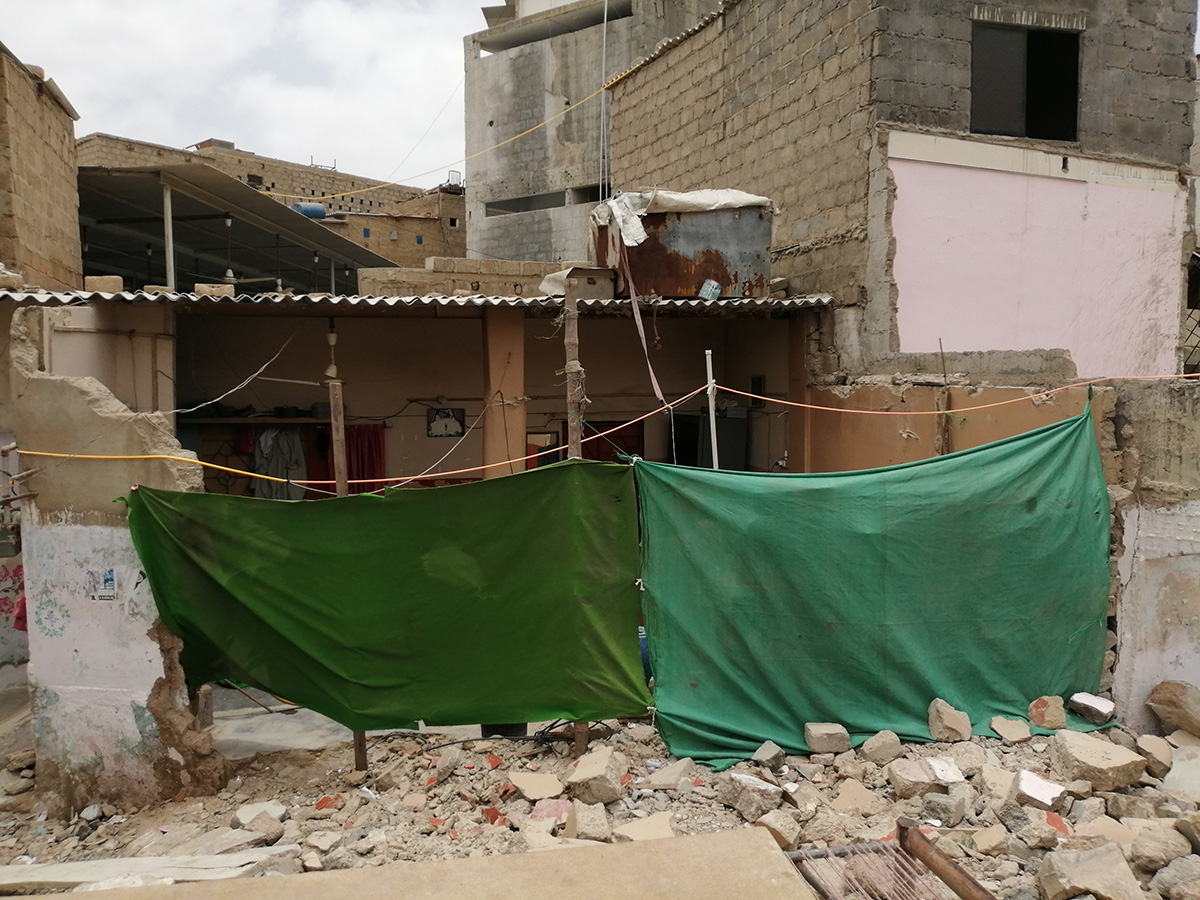 Things didn’t end there, soon after Razia was laid off from the hospital where she worked when Pakistan was hit by the pandemic in 2020.  And then a year later, the government decided it was time to do some development work on the Gujjar Nala. And to do this, several houses had to be demolished – partially or in entirety.

Razia’s house was marked for partial demolition, in which the façade of the house was demolished. Not a big issue right, at least she still had her home. Wrong. Razia’s house was built like other houses in the area in which the front part facing the nala has the kitchen and bathroom. These important components are lost when the house is partially demolished. She made a makeshift kitchen but the bathroom was another issue altogether, not only for her but also her disabled husband.

Usually, small communities begin sharing bathrooms but it is quite inconvenient for women, children and the elderly as they cannot use these alone. The problem is worse during the night, due to security issues.

The work on the nalla is still ‘in progress’ and the surrounding areas are still endangered by floods during heavy rains which have become a common occurrence in the city for some years now due to climate change.

Despite all the steps taken, the city is still ill-equipped to handle heavy rains, and many areas still flood – partly because of heavy rains and partly due to the clogged or narrow nallas, causing excessive spilling and flooding of the surrounding areas.

So people like Razia are left in limbo and suffer from insecurity and stress that no one takes into account.

Like Razia, other women faced issues that are not taken into account either because the planners are not aware of them or because they are not considered significant. 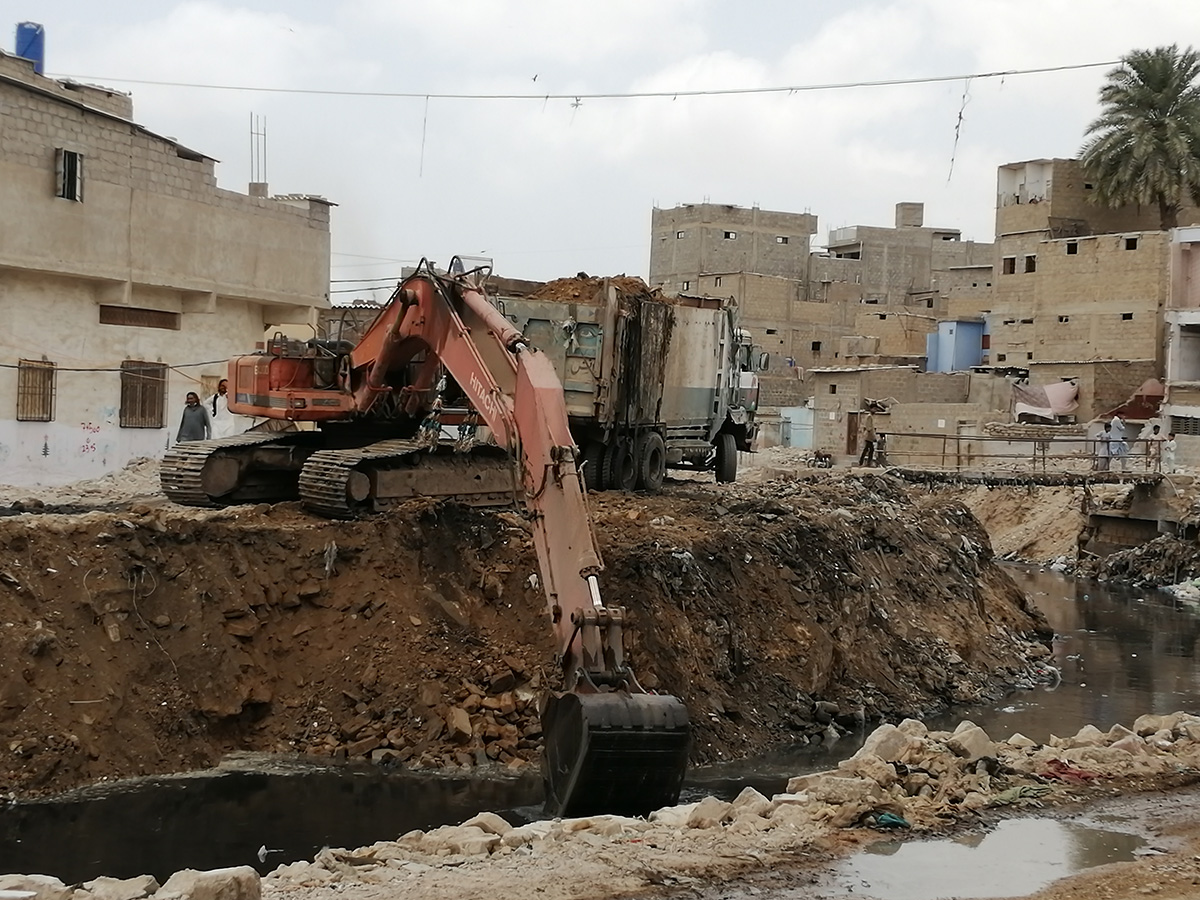 Muhammad Toheed of Karachi Urban Lab said when houses are demolished, women are deprived of basic rights like security and privacy, increasing their vulnerability. Flimsy curtains or sheets may be put up to shield them from prying eyes but these are not enough to provide them security. Adding a burden on the family which has to take out time and resources to provide security to the family.

Saleem Baba (name has been changed) is a resident of Orangi and works as a daily wager. He lives with his elderly wife and two daughters.

His home was partially demolished in the name of expansion of the Orangi nalla. Although two rooms were intact, the kitchen and bathroom were razed with the front wall exposing the interior. Curtains were draped to give privacy but this was not enough to give them security.

One of Saleem’s daughters goes to college, so she was sent to live with relatives in another area. The other one is married and moved in with in-laws. Now he and his wife are left, but he still has to stay on guard for his wife’s safety. He said ‘no one is safe; women of any age are vulnerable’.

After guarding the house all night, Saleem Baba finds it tough to work all day. He is waiting for the authorities to help him but no help is in sight.

Similarly, Ahmed (name has been changed) and his wife are in a similar plight as Saleem Baba. Their house was also partially demolished and they take turns to guard the family. Ahmed guards till dawn and sleeps for a couple of hours so he can go to work, while his wife takes his sentry duty. They don’t trust the authorities to provide them with alternative residences.

Being uprooted and relocated is a stressful and expensive process and not everyone can afford it. The government doesn’t help as it only provides a compensation of Rs90,000/ per family – not enough to buy a home, let alone restart lives in this day and age. And who knows when the amount will be paid.

To expect a family that has nothing to begin with to survive after being displaced from home is ludicrous and it is cruel to expect them to manage in the meagre amount that too in a city of prime real estate.

Toheed added that many families are unable to cope and they are forced to move closer to, even below, the poverty line. The only thing left for them to do is set up informal settlements or join an existing one and wait for the next eviction. 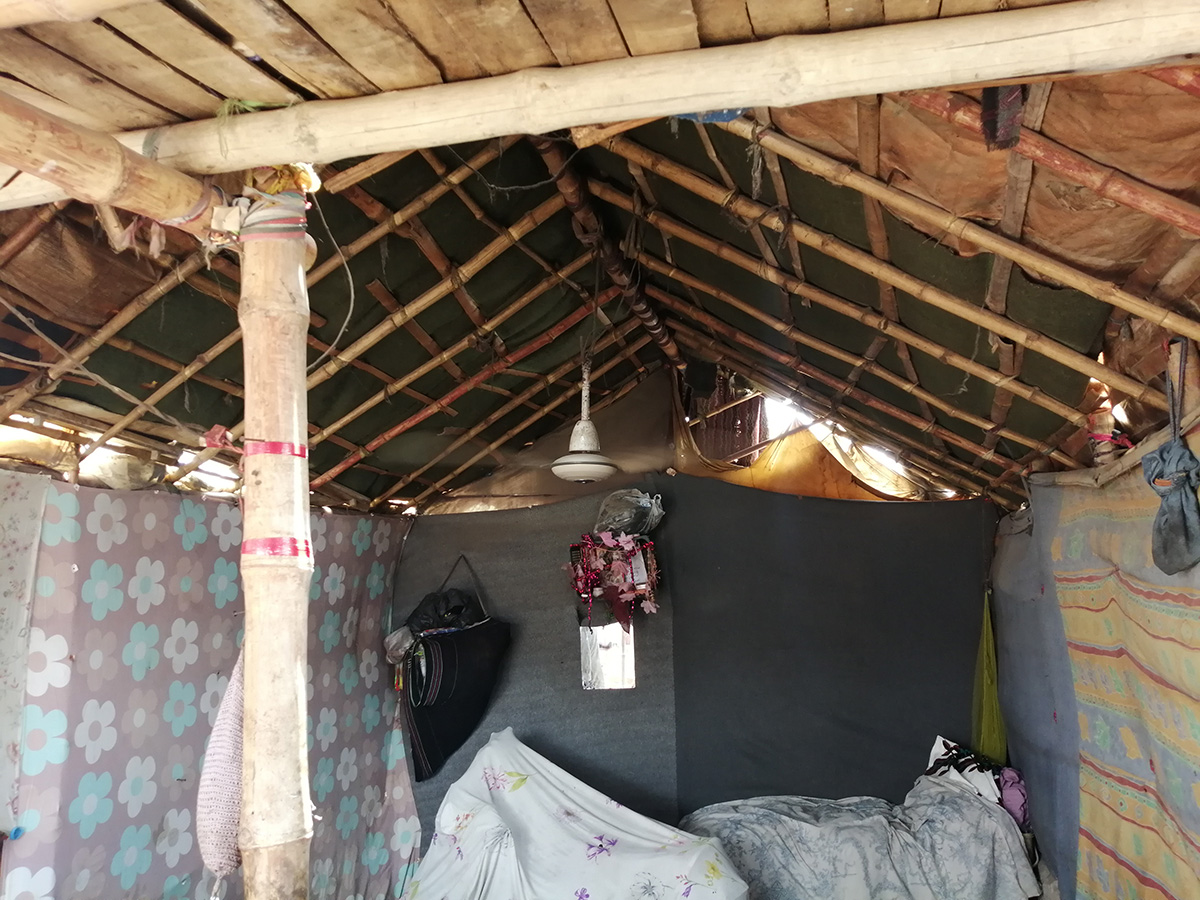 When someone loses a home, it is an extraordinary event and many may find it difficult to bounce back as they have invested all they had into this one home. And when this is taken away from them, they are left in limbo and may be in danger of falling closer, if not below, the poverty line.

Recently, Nasla Tower hit the headlines after the honourable court ordered its demolition. The media reported the plight of its residents who deplored that they had nothing left after investing their life savings into the project. The future doesn’t look too bright for most of them.

Here it is important to say that political parties who survive on votes should focus on legislating to strengthen voters’ rights by ensuring that such scams like Nasla Tower are stopped before it is too late. By doing this they will be strengthening their future in politics.

Courts also need to take the human angle into consideration and order alternate residences for those to be displaced before giving orders of eviction and demolition.