Ninety percent of women in the arid rangeland of Kohistan spend their day fetching water according to a survey conducted by the Indus Earth Trust. The learnings were discussed at an exposure visit for journalists for the “Water for Women” supported by the Coca-Cola Foundation.

Trustees of Indus Earth Trust, Afia Salam and Faisal Kapadia welcomed the delegation. Representative of Coca-Cola Foundation Natasha Haroon outlined the water replenishment targets of the company that led to its support for this project.

IET CEO Aijaz Abro gave a detailed presentation about the objectives of the project that is likely to benefit the 2200 households of the water scarce Union Council of Kohistan in Thatta. 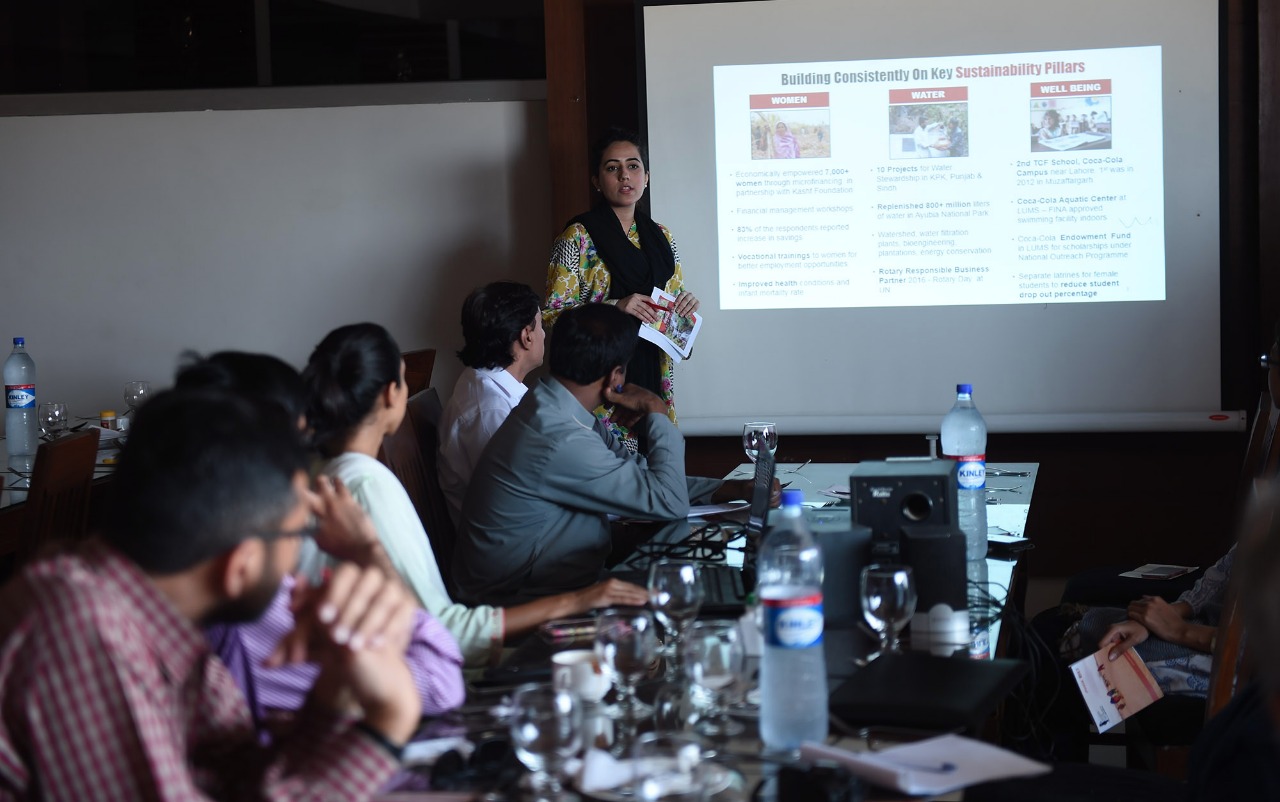 “This project envisages lessening the burden of water carrying by women, by making it more accessible to them,” he explained.

A short documentary was screened to explain the interventions to meet the targets. These include building 28 water reservoirs, 4 check dams, rehabilitation of dug wells and water channels to benefit about 15,000 beneficiaries.

The community is being organized into village organizations so it can be trained in water conservation and water and sanitation to align with the SDG 3 and SDG 6 goals.

Even before the end of the first phase of the project in which 28 reservoirs were built and filled to capacity harvesting the monsoon rains, a unique phenomenon of ‘reverse migration’ has been set in motion. Not only migrants with their cattle herds from other parts of the district have arrived in Kohistan, but many of its residents who had to leave due to lack of water have also returned to their homes and hearths.

The journalists visited villages and the water reservoirs with the project in charge Dr. Abdullah Rajpar.

In a special move to ease the burden on women of fetching water, IET also distributed Water Wheels sourced from Tayaba.org among the deserving women of the 34 villages of the union council. These were donated by an anonymous donor, and will eliminate the physical burden of carrying heavy water pitchers which severely impact the health of females from as young as 8 years to over 50 years.

In the end, the press delegation was also taken to Gharo to witness the benefits of the Solar Mini Grid installed in a village for electrification and enterprise development.

IET has been working in the water sector for over 15 years in Sindh and Balochistan.